Limited only by their runtime, short films transcend traditional storytelling and are an important part of cinema, storytelling, and culture. Our shorts blocks offer an extraordinary array of documentaries and narratives, featuring ten films ranging from a family Zoom gone awry to the Bar Mitzvah boy who won’t come out of his room, to an artist’s creation to honor the resilience of Holocaust survivors.

Artist James Surls is commissioned to create a sculpture as a centerpiece at the new Holocaust and Human Rights Museum in Dallas, TX. Many challenges ensue as we follow Surls’ journey to create a dream piece designed to dispel hate, in this place and everywhere.

A man tries to make his recently deceased mother’s Passover recipe for a pandemic Seder but discovers he must reconnect with his estranged brother to honor their mom by doing the only thing that makes sense: Cooking. A comedic short about family, connection, and trying not to burn down your kitchen.

A young man takes his sick mother to visit a psychic medium near the Dead Sea, things do not go as planned.

A devoted father will do anything for his daughter’s future happiness.

A Turkish-Jewish family faces a series of dilemmas on the morning of Susam’s Bar-mitzvah ceremony with the limitations of Shabbat day rules, when Susam locks himself in his room and does not get out for his ceremony.

The Other Side: Tangled Up in Jews

A meditation on intimacy and longing, explored via the artist’s experience of wrapping tefillin during the COVID-19 pandemic. Set to “Karov” by Batya Levine, Held blurs the lines between dream, memory and prayer. Through the language of dance, Riv Shapiro offers a new perspective on the ritual of tefillin and the ways we reach for connection.

Since his daughter’s death, Moshe lives alone rejecting his wife whom he blames for this tragedy. In order to get out of his confinement, he accepts a job at a special post office branch, in charge of letters sent to God from all over the world. 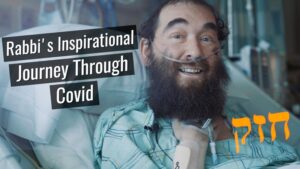 A leading rabbi shares his hospital journey as he battles COVID-19 health complications for an entire year. 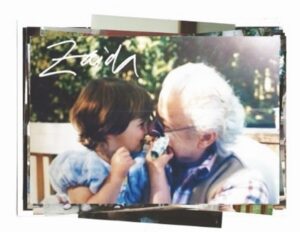 Henri Parens escaped from the Holocaust at the age of 12, and went on to become a globally recognized psychoanalyst, dedicating his life’s work to the prevention of prejudice. With ‘Zaida’, his granddaughter celebrates her grandfather’s legacy and pleads with her own generation to continue his life’s work.