I thought I was familiar with the Minneapolis Jewish community... until I heard about Cara Levin.

As of today, I’ve been immersed in the Minneapolis Jewish community for a little over three months. I’ve learned about the work of Jewish agencies I didn’t know existed. I can rattle of the famou 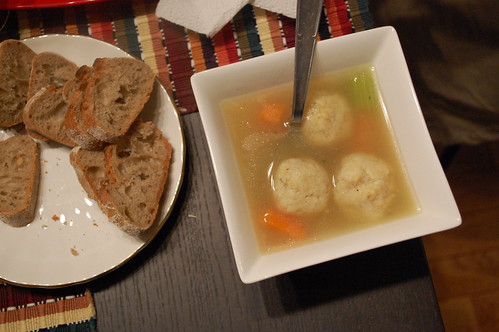 s Jews that have come out of the Twin Cities forward and backward. I’ve met five rabbis, attended services at two shuls, and had matzo ball soup at two delis. I was even starting to think that I knew the names of all of the area’s Jewish leaders.
And then I had a curveball thrown at me.
On my way to work the other morning, I was listening to MPR (which, depending on who you ask, is either very Grown Up of me, or very Hipster of me).
“Morning edition is sponsored by Cara Levin,” came the announcer’s voice.
Cara Levin, I thought to myself. She’s got to be Jewish. Why haven’t I heard of her, if she’s important enough to be sponsoring a national show on MPR?  I tapped my fingers on my steering wheel, thinking hard.
“Cara Levin is a national award winning leader in local news and information that serves the Minneapolis-St. Paul metropolitan area,” continued the announcer, “on television, online and on mobile platforms. “
That was when I realized that Cara Levin was not, in fact, a person. It was also when I realized that maybe I need to take a step back from the Jewish community and become a member of the greater Minneapolis community.
(In my defense, I don’t have a TV. Go ahead, add a tally mark to my hipster scoreboard.)
I’m one of those people that loves New Year’s resolutions, so I relish in the fact that I get to make them on both January 1st and 1 Tishri. My Jewish New Year’s resolution? Explore the secular side of Minneapolis. Do you have any suggestions for me? (TC Jewfolk’s new commenting feature makes it easy for you to comment below and help me broaden my horizons!)
By the way, still looking for a place to go for Yom Kippur? I’m doing a little shul hopping myself. Check out TC Jewfolk’s handy list of services, and if you have further questions about which service might be the best fit for you, feel free to contact Minneapolis Jewish Federation’s community concierge at 952-417-2312.