This is a guest post by Kat Werb of Tenaciously Yours,. When she’s not blogging, you might catch her planning a Beth El Young Adults gathering. Or hunting down the perfect pair of earrings.
Fact: If you’re not sleeping in a sukkah to observe Sukkot, chances are higher than not that you’ll be celebrating in or around one during the holiday. Which means that you need to produce another outfit to wear in front of people who have probably already seen your entire wardrobe thanks to the High Holidays.
It’s a pretty sweet deal. But I know I’m not the only girl who wants to bring her A-game to the party. What that means is that we need to put a bit of planning-time in. And by “we,” I mean I’ve done all of the leg work for you.
I must say, I’m a major fan of riding boots because they’re such a classic look, obviously. But since those of us on the tundra tend to favor a transition from flip flops directly to Ugg boots, they’re an easy look to miss. For that reason alone, they’re worth pulling out for this party.
So, why riding boots instead of heels or boots with a sharper heel? Because if your sukkah (or the one you’re visiting) is on grass, then you’ll sink into the ground. Ground-sinking is totally acceptable when it catches you unawares, but it’s not like we haven’t been doing this for thousands of years. Do your fellow party-goers a favor and be prepared before you try to prance on the turf. 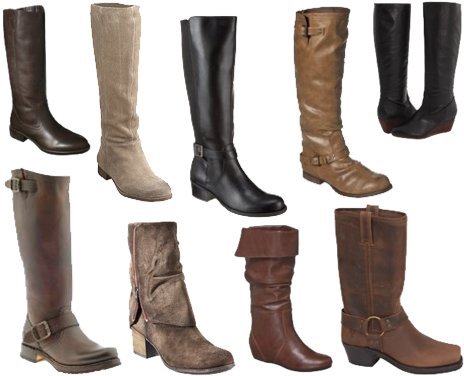 Yes, I know that some of these boots are more like the first cousins of riding boots, but they stick with the main concepts of leather, leg-coverage and an appropriate heel.
I’ll be the first to say that Target has had an incredible selection of boots for the past few seasons, so if this is a style that you’re only attempting for the first time, it’s a far more affordable way to test the waters and see what works best for you. As always, Nine West has some well-made options that are good for just a season (or a few more, depending on if you’re pick a trendier pair or a more classic style) and Frye always leads the pack. If you’re looking for a pair of boots you’d like to wear for the next ten years, that’s the route you want to go.
Now that we’ve dealt with the issue of footwear, we must address the issue of warmth. You basically have to be able to do rocket science in order to figure out what, precisely, the weather will be like at the end of September in Minnesota. I’m all about fool-proofing things, so we’re going to top our many fall layers with a sweater coat.
In the South, these are far more popular because their winters are so much milder, which makes them a legitimate outerwear choice. In Minnesota, they’re somewhat of endangered species because you might need to wear it in July (when there aren’t any to be found), or you might only be able to get a good month out of it in the fall before you have to start layering it under other jackets and such. 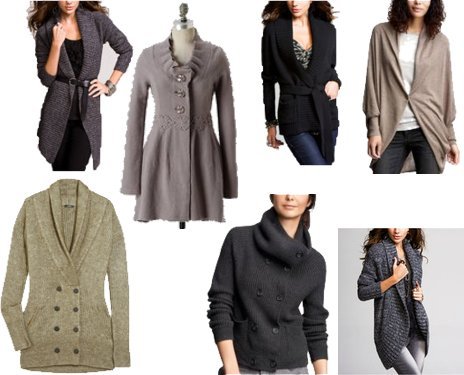 For Sukkot? We rock it. Fearlessly.
They’re a lovely way to enjoy chunkier knits, cute patterns that we might not embrace on a winter coat that gets worn for months on-end, or different silhouettes. If you feel like living on the edge (or raiding your jewelry box), adding a broach is something that would definitely add a splash of interest to the look. No broach? No problem. Adding a pashmina will have a similar, fabulous effect.
If you don’t fancy yourself to be the type of person that would wear both of these styles at once, pick the one that’s the closest to your comfort zone and own the look. Riding boots and sweater coats aren’t about cutting-edge fashion, they’re about keeping us classy and warm through the next party and until the snow falls.